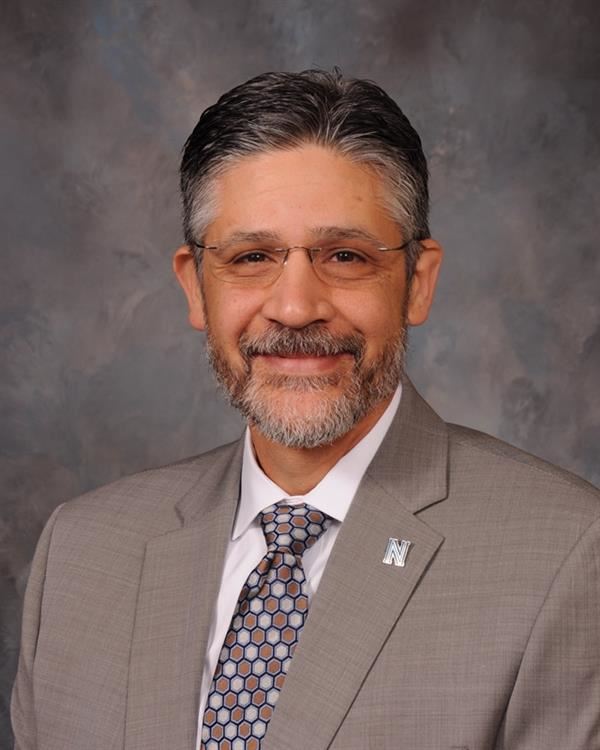 Dr. Nick Migliorino has served as Superintendent of the Norman Public School District since July 1, 2017. He previously served for three years as Assistant Superintendent for Administrative Services and Chief Technology Officer, where he provided oversight for bond projects and managed the district’s maintenance, transportation, child nutrition health, and technology divisions.

In 2012, Migliorino co-founded School Connect, a company that provided a web-based platform for schools to create their own mobile-messaging applications. The company was sold to Jostens, Inc. in 2012 and the platform continues to serve districts across the nation as "School Way."

As an active community member, Migliorino serves on the City of Norman’s Advisory Planning Panel, NEDC Strategic Planning Steering Committee and the Mayor’s Community Roundtable. He serves on the board of directors for the Norman Chamber of Commerce, Junior Achievement and the Rotary Club of Norman and is also a member of Leadership Norman’s 2018 class. He also chairs a committee for the Sooner District of the Boy Scouts of America. Migliorino also has served in voluntary leadership roles for the Oklahoma Technology Association, Bridges of Norman, PFLAG of Norman, Oklahoma Career Tech Advisory Committee and more.

He received the Governor’s Humanitarian Award in 1999 for his service to students during the May 3, 1999 tornado that damaged Westmoore High School and was named Administrator of the Year at Moore West Junior High in 2000. Migliorino was awarded the Boy Scouts of America Leadership Award and District Award of Merit in 2017. In April 2022, he was named OASA District 7 Superintendent of the Year and became a member of the American Association of School Administrators. 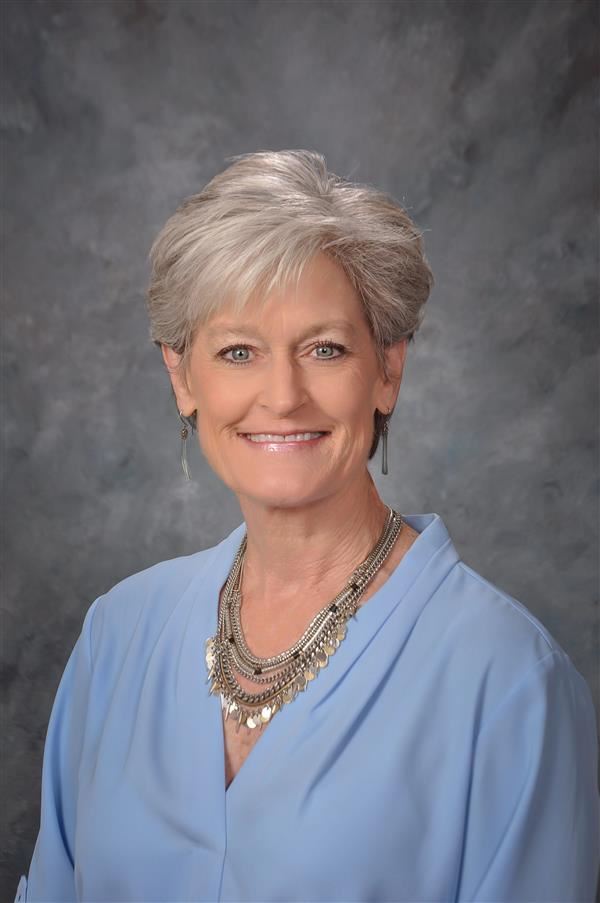 Brenda R. Burkett, CPA, SFO, has worked for Norman Public Schools since 1991. While she is not a certified educator, she is known for her ability to teach and share her knowledge of school finance with others. She is passionate about education and brings her passion for education into her work every day. Brenda has been President of the Oklahoma Association of School Business Officials, is one of Oklahoma ASBO’s Certified School Business Administrators, and was selected as the School Business Official of the Year in 2014-15. She also serves on the Advisory Board for the Oklahoma Center for School Business Management and is a frequent presenter at workshops and conferences held by both of these organizations.

Brenda has served as the President of ASBO International. She has participated in the ASBO Int'l Economic Crisis Summit and participated on the educational panel with U.S. Deputy Secretary of Education at the 2009 Annual meeting. Brenda received the Pinnacle of Achievement Award in 2008 and was awarded the National SFO certification in 2010.

She has two sons, Brandon and Zachary, who are graduates of Norman High School. 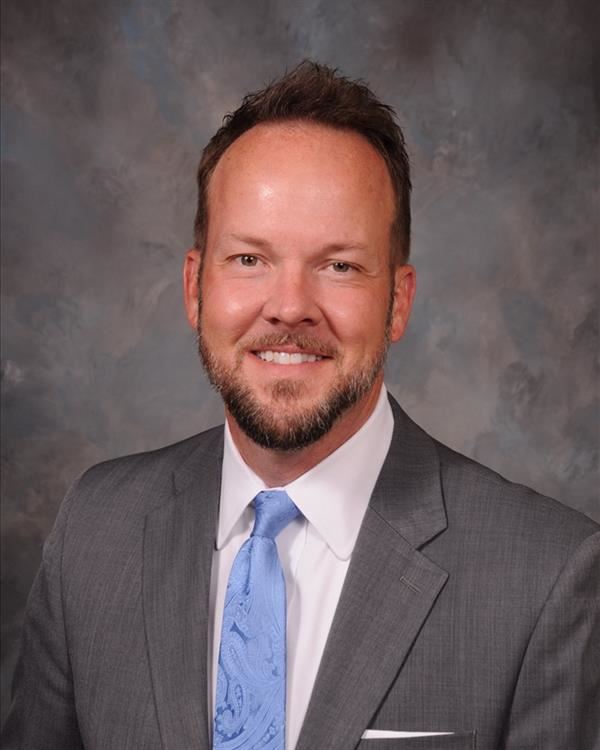 Milner previously served as the Director of Special Services for Norman Public Schools, a position he held for 12 years. He was responsible for directing all special education, alternative education, and residential programs for the district and thereby minimizing the impact of the disability and improving outcomes for all students.

He is a graduate of East Central University holding both a Bachelors Degree in Special Education and a Masters Degree in Special Education with a focus on administration. Milner began his professional career as a secondary special education teacher before taking a position with the Oklahoma State Department of Education, where he was responsible for special education for the State of Oklahoma.

Milner's professional memberships include the Cooperative Council for Oklahoma School Administration (CCOSA) and the Oklahoma Association of School Administrators (OASA). He has served on the CCOSA Executive Board, as president of the Oklahoma Directors of Special Services and Legislative and Policy Liaison. In 2016, the Oklahoma Directors of Special Services recognized Mr. Milner as the Director of the Year. In 2021, he was recognized as the OASA District Assistant Superintendent of the Year for District #7. 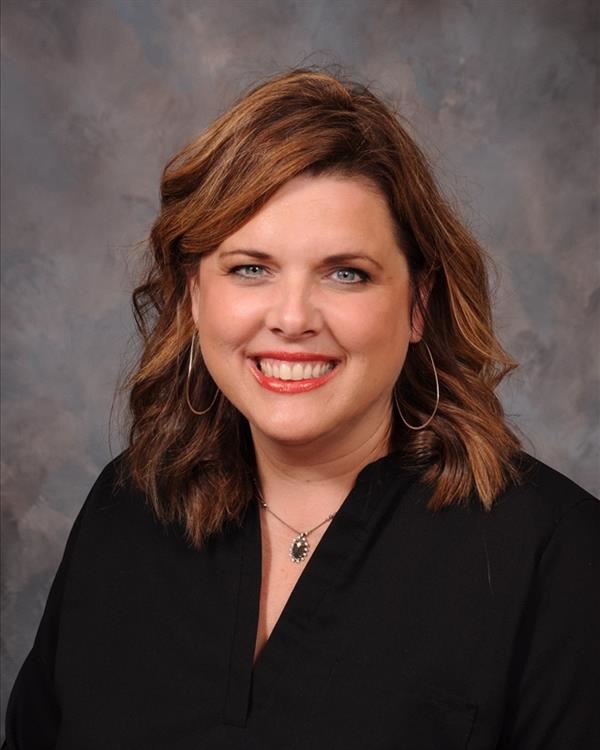 Holly Nevels is a career educator in the Norman Public Schools. She has been both a teacher and an administrator in the district. Prior to her role as Assistant Superintendent of Student Services, she served as the Director of Elementary and Secondary Education. She has also served the district as Principal at Whittier Middle School and as Assistant Principal at Norman High School. Nevels taught English/Language Arts at Irving Middle School for eight years and in 2000 was named Norman’s District Teacher of the Year. She also was selected as Oklahoma Assistant Principal of the Year in 2007 by The Cooperative Council of Oklahoma Secondary Administrators’ (CCOSA) organization.

Nevels attended the University of Oklahoma, where she received a bachelor’s degree in secondary language arts education and earned a master’s degree in educational administration, curriculum, and supervision.  She feels she is fortunate to work with “truly exceptional and knowledgeable instructional staff and leaders including members of the Board of Education, Superintendent’s Cabinet, coordinators, principals, assistant principals, and teachers."

Nevels says, "In Norman Public Schools, our goal is simple: to give Norman’s children a variety of experiences in conjunction with multiple opportunities to grow academically, socially, and emotionally. We prepare and inspire students in grades pre-k through 12th to reach their full potential. College and career readiness does not just begin in high school; it is a collective effort of superior professionals, motivated families, and phenomenal community partners along the way. This prepares our students for success with us AND beyond us." 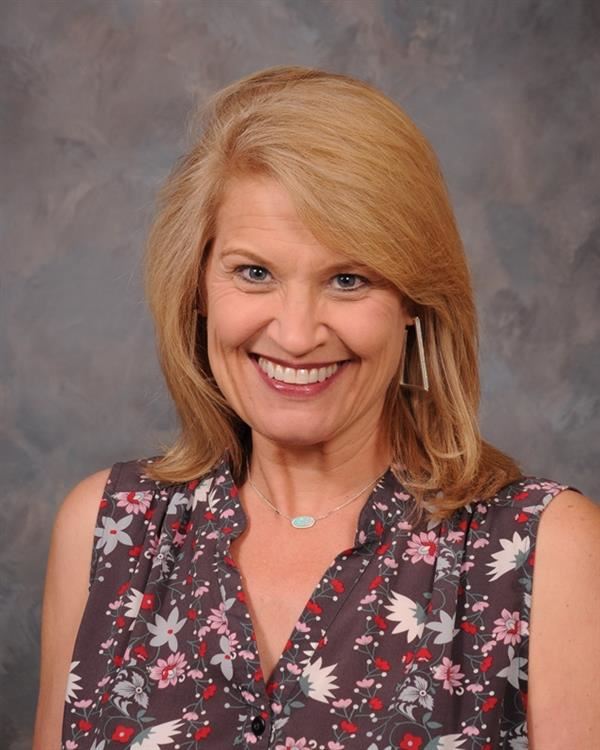 Beth Albert has been the NPS Director of Professional Development and Student Achievement since July 2012. In this position she is responsible for planning and coordinating all staff development required and supported by the district, and for overseeing the district’s benchmark testing program and its compliance with the state’s testing and school accountability mandates.

Ms. Albert served as Principal of Roosevelt Elementary from 2008-2012 and, previous to that position, was a principal and assistant principal in Yukon for 10 years. She has taught Grades 2nd-6th during her 30 years as a public educator and earned numerous honors, including being named a school Teacher of the Year and receiving the Elizabeth Ramos Outstanding Achievement Award and the OAESP District 11A Administrator of the Year Award.

Her leadership resulted in schools she led receiving grants and scholarships from the Schools for Healthy Lifestyles, Great Expectations, the Oklahoma Fit Kids Coalition, and many others, resulting in improved achievement and opportunities for all students.

She earned her Bachelor of Science in elementary education from Oklahoma State University and her master’s from the University of Central Oklahoma. 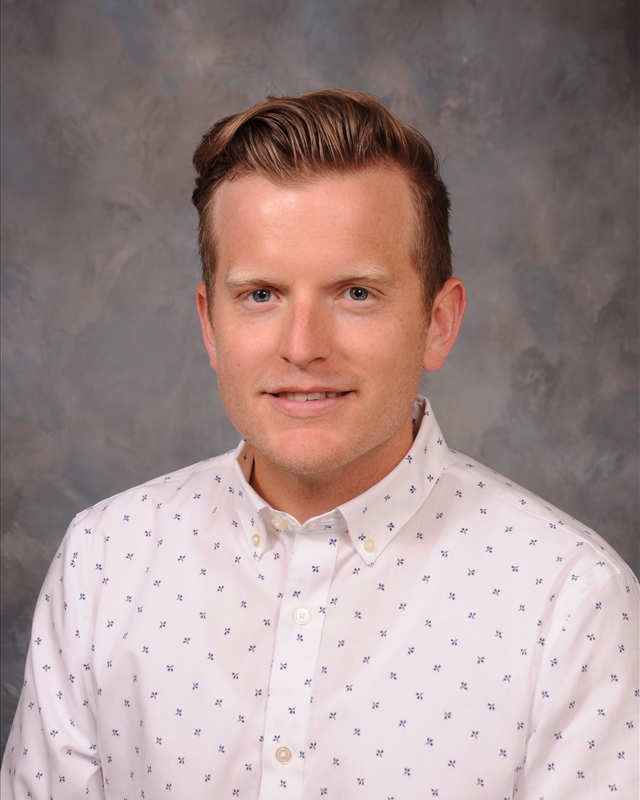 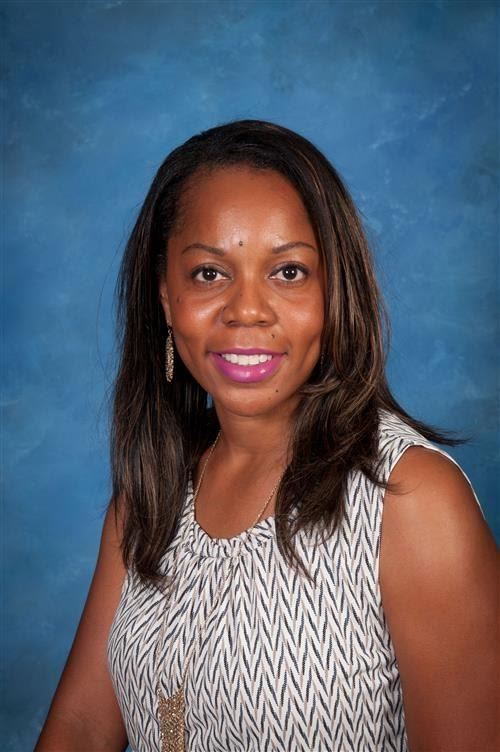 Stephanie Williams has been with Norman Public Schools since 2005. She has been both a teacher and an administrator in the district. Prior to her role as Executive Director of Diversity, Equity and Inclusion she served as the Principal of Longfellow Middle School. She has also served the district as Freshman Academy Principal at Norman North High School and as Assistant Principal at Whittier Middle School. Williams taught Pre-Algebra/Algebra at Irving Middle School for five years and prior to that taught in Oklahoma City. She also was selected as Oklahoma Assistant Principal of the Year in 2018 by The Cooperative Council of Oklahoma Secondary Administrators’ (CCOSA) organization.

Williams professional memberships include the Cooperative Council for Oklahoma School Administration (CCOSA) and the National Association of Secondary School Principals (NASSP). She serves as a Regional Representative for Oklahoma Association of Secondary School Principals (OASSP) and on the Jeannine Rainbolt College of Education’s Education Professions Division Advisory Council at the University of Oklahoma. Williams also served on the City of Norman Human Rights Commission Inclusiveness Subcommittee.

Stephanie is honored to lead this district in doing the important work of advocating for and creating spaces where not only the voices of marginalized communities can be heard, but also where there is action taking place to ensure NPS is the best it can be for our students, staff and families.

Holly McKinney has been with Norman Public Schools since 2018. Prior to her role as Executive Director of Student Services, Elementary she served as an elementary and intermediate principal with Mustang Public Schools. McKinney previously taught instrumental music at Longfellow Middle School in Norman and elementary music at Central Elementary in Yukon.

McKinney’s professional memberships include the Cooperative Council for Oklahoma School Administration (CCOSA) and the National Association of Elementary School Principals (NAESP). She has also served as a Regional Representative (2010-2016) and President (2016-2017) for Oklahoma Association of Elementary School Principals (OAESP).

McKinney attended the University of Central Oklahoma, where she earned a bachelor’s degree in Music Education. She also earned her master's degree in Arts in Educational Leadership from Southern Nazarene University where she graduated with honors. 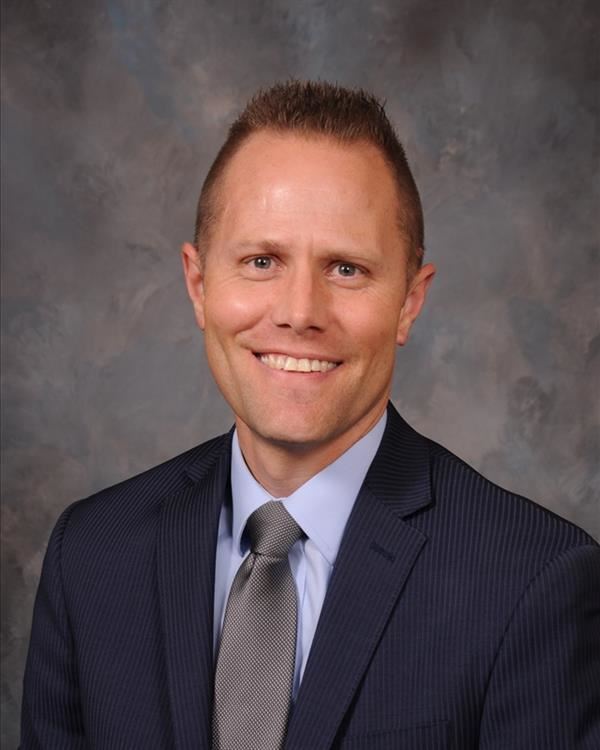 Dr. Scott Beck is the Executive Director of Student Services - Secondary Schools for Norman Public Schools. Formerly, Dr. Beck was the Head Principal at Norman High School. He has also served in Norman Public Schools as an Assistant Principal and as a social studies teacher. Prior to coming to Norman in 2004, Dr. Beck worked in the Moore Public Schools, Wayne County, Georgia, and at Bishop McGuinness Catholic High School in Oklahoma City. He holds a bachelor's degree from the University of Central Oklahoma, a master's degree in education administration, curriculum and supervision from the University of Oklahoma and a Ph.D. in education leadership and policy studies from OU as well. Dr. Beck was proudly certified as a National Board Certified teacher in 2008. 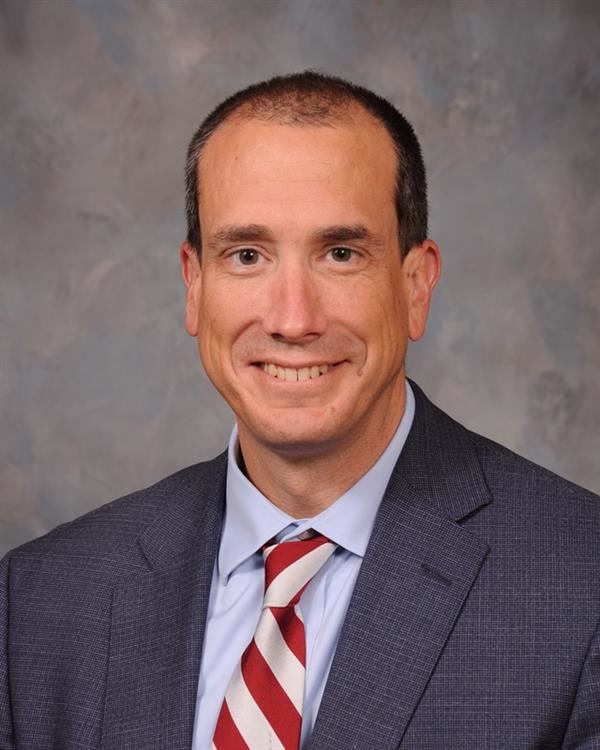 Peter Liesenfeld has been an educator in Norman Public Schools for 20 years. A lifelong resident of Norman, Peter attended Norman Public Schools, followed by two decades at the University of Oklahoma, earning a master’s degree and a Ph.D. in education administration. Peter began his career in Norman as a band director, followed by assistant and head principal positions at the middle school level before serving as the head principal of Norman North High School for five years. His wife Leslie has been at McKinley Elementary for 18 years, and his two children Emily and Benjamin attend Norman Public Schools. Peter has devoted his career to giving back to the community that supported him through his childhood, and strives daily to make a difference in children’s lives.